Opening Remarks for the #World_Citizens_Tribunal

“WORLD CITIZENS TRIBUNAL”
In on Feb. 26, and in Kohriyama, , on March 17
Hosted by “ Evacuate Children Lawsuit” Group

World Citizens’ Tribunal for
Fukushima Evacuate Children Lawsuit
In June 2011, the parents of 14 elementary and junior high school students in Koriyama City, Fukushima filed a lawsuit to Koriyama District Court seeking provisional disposition to have school education in lower radiation level areas.  However, on December 16, 2011, the Court dismissed the case.
(http://fukusima-sokai.blogspot.com/2012/01/announcement-by-fukushima-evacuate.html)
Was this ruling a reasonable one?  Now, the Japanese concerned citizens will hold the World Citizens’ Tribunal in Tokyo (February 26) and in Koriyama City (March 17) inviting internet jury from all around the world.
To participate in the internet jury, please go to the URL below.
http://fukusima-sokai.blogspot.com/2012/02/world-citizens-tribunal-registration.html
We would also like to invite foreign media to cover this important and unprecedented story which could affect the future of Fukushima children.
The World Citizens Tribunal in Tokyo
Date and Time: 1:00 pm to 5:00 pm, February 26, Sunday
Place：Hibiya Convention Hall (Hibiya Library B1, Hibiya Park, Tokyo)
The World Citizens Tribunal in Fukushima
Date and Time: 1:00 pm to 5 pm, March 17, Saturday
Place：Koriyama Danjyo Kodo Sankaku Center (Sankaku Plaza) 2F Assembly Room
Message from Noam Chomsky
It is a privilege to be able to lend personal support to the Fukushima Evacuate Children Lawsuit. There is no better measure of the moral health of a society than how it treats the most vulnerable people within it, and none or more vulnerable, or more precious, than children who are the victims of unconscionable actions. For Japan, and for all of us, this is a test that we must not fail.
Contact: Mari Takenouchi, media contact of the World Citizens’ Tribunal
Mobile: 090-4002-3959 (domestic) 81-90-4002-3959(overseas) mariscontact@gmail.com

The World Citizens’ Tribunal can be watched on time through a live internet coverage on February 26th
Sunday, 1 pm at time in the following internet channels.
OurPlanetTV
IWJ Ch6


・A Statement of Facts by Katsuma Yagasaki, Emeritus Professor at the Ryukyu University (8 September 2011)


・The map about radioactive contamination (2 December 2011) 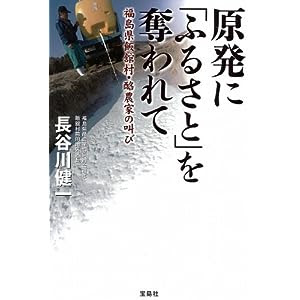